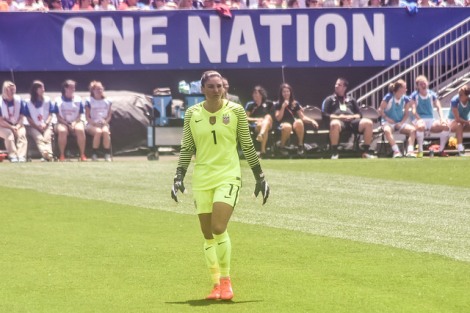 The United States dominated their final group stage game with a substantially rotated squad, but errors by Megan Rapinoe and Hope Solo allowed Colombia to tie. In all likelihood, the game signified nothing more than the narrowness of margins in football and the importance of focus on set pieces.

US manager Jill Ellis rested starters Tobin Heath, Meghan Klingenberg, Alex Morgan, and Allie Long, though Morgan replaced Carli Lloyd at the start of the second half and Long replaced Brian Morgan at 65′; in effect, resting those two starters as well. In addition, Whitney Engin continued in place of the injured Julie Johnston, giving her another game to recover. That meant starts for Megan Rapinoe, Christen Press, Lindsey Horan, and Ali Krieger (Kelley O’Hara moving to right back).

Perhaps more interesting than the personnel was the formation. With both Horan and Lloyd playing, Ellis opted for a 4-3-3, with Brian in the holding role that has thus far been played by Long. It will be interesting to see if this was merely a one-off to accommodate the talents of bench players, or whether Ellis considers using a 4-3-3 going forward. The United States retained the shape when Morgan replaced Lloyd, Press dropping into Lloyd’s inside right position alongside Horan. Press looked like a sharp distributor in the game, and while Horan is probably still too raw to serve in anything but a back-up capacity, it’s possible to imagine Press and Lloyd playing beneath Morgan in this formation.

The United States absolutely dominated the first half, and Catalina Usme’s free kick goal could not have been more against the run of play. The opportunity was created by a woefully late tackle from Rapinoe, who looked very much like someone playing her first competitive game in six months. She was well off the mark in terms of match readiness, and her scheduled substitution by Mallory Pugh after thirty minutes couldn’t come soon enough.

Having said that, it was also a clear error by Solo, who showed in this game the lack of concentration that has had some critics pointing out how much better back-up Alyssa Naeher has been than Solo in the NWSL this season. While it’s true that Solo was blinded by the wall, Usme’s free kick swung very nearly into her arms, only to slip through her legs and in. Solo was probably also at fault in Usme’s late equalizer off an admittedly fantastic narrow-angle free kick, as she was unobstructed and simply missed her clearing punch on the ball.

By that point, Crystal Dunn had scored a poacher’s goal from a Lloyd effort off the crossbar (41′) and Pugh had scored off her own dribble across the six-yard box (59′), demonstrating her ferocious skill despite her youth. Although the United States did not move the ball as quickly in the second half as they had in the first, they continued to dominate possession. Given the heat and humidity in Manaus, this was probably just as well. The US ended the game with 65% possession and a 16(8) – 3(3) edge in shots (on goal) and still won their group–important, given that 2nd place France faces off against Canada today in a game that pits the two best teams other than the United States in the tournament. Provided that Solo’s poor performance was a blip or a lapse created by a deadish rubber against a poor side, there is little reason to think the tie will have any impact on the team going forward.

Sweden should likewise be a fairly straight-forward game for this US side. The only real cause for concern is the record of teams in games following a game in Manaus at the 2014 World Cup. There, 5 of 6 teams that played in Manaus lost their following game, and that was with more recovery time than is allowed in the tight Olympic schedule. Hopefully, the heavily rotated side will work against any additional fatigue, but should the United States prove leggy, Sweden’s conservative solidity could lead to the shoot-out lottery, where anything is possible. 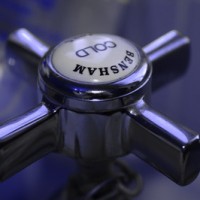 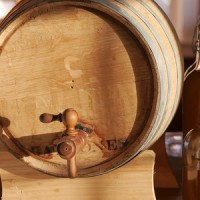 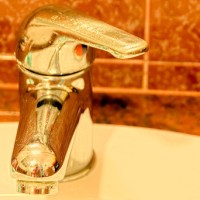