Even before games against Manchester City and Arsenal, everyone was doing it. But if you’re looking for pointers about how to talk about the most exciting team in the history of the Premier League (at least until they don’t win the title), here are some tips:

I know, the whole point of the Leicester City romance is that they don’t use tactics, do they? They just hoof it up to Jamie Vardy, Olde English-style, and stick it right up ’em; or give it to Riyad Mahrez for a bit of the old razzle-dazzzle, crafty and foreign-like. But it turns out that, much like Molière’s Bourgeois Gentleman speaking prose, Leicester City have been using tactics all along. Match of the Day pundit Danny Murphy has some good common sense analysis of why Leicester’s counter-attacking 4-4-2 is so effective for them.

Michael Cox offered a more detailed account of Leicester City following their Manchester City win. His thorough discussion of their players and formation is not to be missed. His most interesting global observation is Leicester’s similarity to Diego Simeone’s title-winning Atlético Madrid side. If Vardy as Diego Costa seems implausible to you, go back and watch how he wraps himself around Nacho Monreal in order to earn that penalty against Arsenal. (Cox also has a longer, game-specific piece on the Man City encounter).

If you want to really geek out tactically, check out Ross Eaton’s analysis for Outside of the Boot, from early January. Interested in goalscoring impact charts and the effective use of half-spaces? Eaton’s your man. For what it’s worth, this analysis of Mahrez in the half-spaces is one of the best explanations I’ve read of his initial impact this season (as Cox noted in the Man City game, Mahrez continues to evolve as a player).

Even geekier is Tom Payne’s analysis of this past weekend’s loss to Arsenal for the German tactical site, Spielverlagerung. I won’t lie; this post is hard going and doesn’t offer much in the way of game-specific insights. But it does contain a thorough conceptual account of how Leicester’s defensive system works. If you’ve been wondering whether their zonal defending is ball-, space-, or player-oriented, this post is for you.

So tactical chit chat is all well and good, but the real question on everyone’s mind is: how amazing will it be when Leicester wins the league? In truth, identifying comparable achievements is not easy. Jonathan Wilson, in a historical reflection on Leicester’s season, suggests we need to look back to Brian Clough’s Nottingham Forest (1978), or perhaps even to Sir Alf Ramsey’s Ipswich Town (1962).

Within the context of English football, that sounds right to me. Blackburn Rovers (1995) was a different scenario because their success was at least in part the result of owner Jack Walker’s financial support (though Jimmy Pierce is right that we should not confuse them with Abromovich’s Chelsea). The magic of Leicester’s run is precisely because it seems to upend the long-standing and strong correlation between money spent and success. In this regard, even Forest and Ipswich don’t quite measure up: the financial discrepancies between more established clubs of the 60s-70s and these upstarts, though still substantial, was nowhere near as wide as it is today.

Given how central the triumph over big money is to the Leicester romance, one might also look abroad, to Rene Girard’s Montpellier (2012). Their victory over Qatari-owned Paris Saint-Germain–the only team thus far to do so–is the one great triumph against the financial elites of contemporary European football (Atlético Madrid are clearly in Europe’s second-tranche, so their 2014 title is impressive but not comparable). Here’s hoping that Claudio Ranieri will follow Montpellier owner Lou Lou Nicollin in sporting a mohawk to celebrate his team’s success. 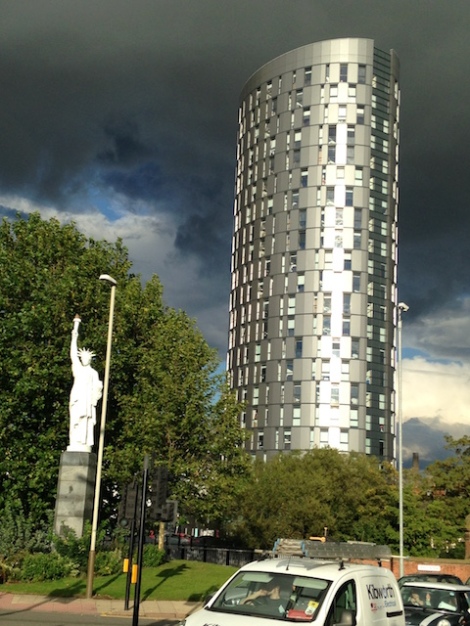 View from Upperton and Raw Dykes Road, north of the King Power Stadium.

Of course, all of these comparisons are contingent on Leicester City actually winning the league. They now face a run of smaller teams that will treat them like a “big” side and sit back, limiting their counter-attacking opportunities. Ranieri and his Foxes will need to show they can win with possession as they have without it in order to clinch the title. One thing’s for sure: we’ll all be talking about them. 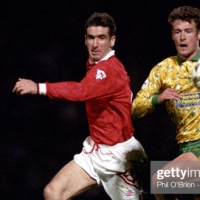