With Group B already sorted, the biggest game of the day is clearly Croatia – Mexico.  Brazil will almost certainly beat Cameroon, but even a tie would see them through to the second round.  The loser of Croatia – Mexico, on the other hand, will be one of the teams most missed in the knock-out round, as both have been exciting teams to watch.

Since I have already done reports on Mexico’s 2nd game and Croatia’s 1st, a quick preview seems the best plan here.  If you want another view, Jack Sargeant at SBNation has an excellent preview of the game, as does Sam Tighe for The Bleacher Report (which is particularly insightful on Vazquez’s role for El Tri).  I encourage you to check both of them out.

This game should provide an interesting battle between two teams seeking to control the middle of the pitch.  Both teams will seek to control this game, and each are constructed around a midfield trio.  In Luka Modrić and Ivan Rakitić, Croatia has an undeniably more talented midfield core; but Juan Vázquez, Andés Guardado, and Héctor Herrera are not to be underestimated, particularly with Giovani Dos Santos potentially dropping back into the midfield to give them added support.

Mexico’s other advantage is the attacking play of their wing backs, who frequently serve as outlets for the midfield and keep Mexico on the front foot.  But every tactical strength comes at a cost, and the cost here is Mexico’s reliance on their three center-backs to do the majority of the defensive work.  That will be a particularly big ask against Croatia, given the strength of their attacking trio of Mario Mandžukić, Ivica Olić, and Ivan Perišić.  They would be a challenge for any defense, and if Mexico’s back three are left unsupported against them, it could be a long 90′ for El Tri.

It will also be hard-going for Mexico if Croatia wins the battle for midfield possession, giving Croatia time to pick apart Mexico’s back line.  Where Brazil’s emphasis on counter-attacking play (and lack of a legitimately threatening striker) allowed Mexico to grow into that game, they will need to take charge of the midfield from the outset if they want to keep Croatia on the back foot.

This should be a great game, and real sadness for whomever loses out.

LATER TODAY: Keep an eye out for my report on the Unites States – Portugal match, as well as a Precap of Italy – Costa Rica in advance of Group D’s final games tomorrow morning. 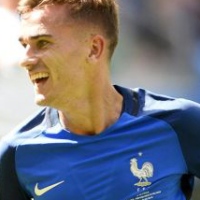