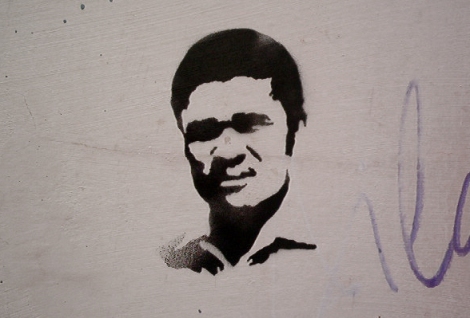 This Sunday, one of the all-time greats passed away.  Eusébio da Silva Ferreira, la pantera negra, was born in Mozambique, then Portuguese East Africa, in 1942.  He played for Portugal and Benfica, and was one of the truly great players of the 1960s.  Tributes have come from everywhere, and this is just a brief selection.

Let’s start with some of the big guns.  Among many other articles, The Guardian offered a collection of Eusébio videos that’s worth checking out.  The one that’s absolutely not to be missed is the “every touch” video from the 1968 European Cup final against Manchester United.  Eusébio’s talent, his sportsmanship, and the incredible battering he endured from Nobby Stiles are all on display (watching Stiles raise his hand again and again after what by today’s standards are unquestionable reds becomes a kind of comic refrain in the first half, and you wonder if the referee said something to change Stiles’s approach in the second).  A direct link to the video is below, but do check out the rest of the videos for a quick schooling.

Or if you’d rather listen, check out The Football Ramble‘s profile of Eusébio for the Dean Windass Hall of Fame.  As always, it’s a great bit of podcasting.  Ramble writer Kelly Welles also put together a brief piece in Eusébio’s memory with some fantastic images in it, including the one below (click for a link to the article). 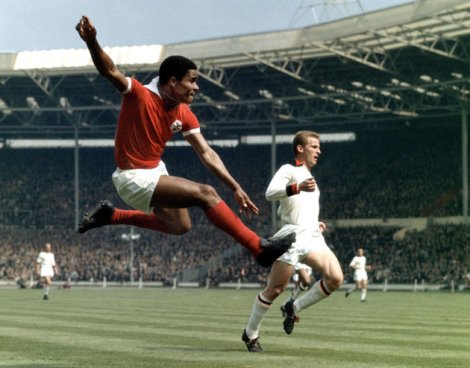 For their part, FourFourTwo republished a 2008 article in which Eusébio answers readers’ questions.  It’s great fun.

It’s also worth remembering that the Black Panther finished his career in the US, playing for a series of NASL teams, most successfully the Toronto Metros-Croatia, and even an ASL side before retiring.  Soccer America offered a retrospective of Eusébio’s time in the States.

UPDATE (10 January 2014): The most recent podcast from A Football Report also opens with a nice retrospective on Eusébio that’s also worth checking out.