The final two rounds of the Nations League kicks off today with a match between Scotland and Ukraine that was rescheduled from June to make way for their World Cup qualifier (which Ukraine won). After that, it will be off to the races with two rounds of games spread over six more days that will determine relegations, promotions, and (in League A) the tournament semifinalists.

Especially in the group stage, the Nations League is a strange beast. While unquestionably a vast improvement over the truly meaningless international friendlies it replaced, it ranks somewhere between the Community Shield and the Carabao Cup as a serious competitive event—and that’s only talking about the League A games.

But with nothing else on offer last June, the tournament at least had a bit more of a window—though after a long season, a window that undoubtedly suffered from viewer fatigue. In any case, here’s my take on the ten best games of those opening four matchdays (with a 4-3-2-1 weighted distribution across the four “leagues”). This first of two posts covers matchdays 1-3, with the final five games (from matchday 4) to follow.

June 2nd Israel 2 – Iceland 2 (League B, Group 2). After Poland’s opening night, come-from-behind victory against Wales, most eyes in the second day of the tournament were on Spain and Portugal’s entertaining 1-1 League A draw. But the day’s best game may have been this League B, Group 2 encounter between Israel and Iceland, newly relegated from League A. With Russia disqualified from the competition and newly promoted Albania rounding things out, a win would give either side an inside track to League A promotion.

Celtic’s Liel Abada capped off a strong 5’ spell for Israel midway through the first half by tapping in a lovely cross in from Shakhtar Donetsk’s (and now Fulham’s) Manor Solomon. Iceland took control after that, and shortly before halftime Lecce’s Þórir Jóhann Helgason was gifted an equalizer when Feyenoord goalkeeper Ofir Marciano mishandled a cross in from Jón Þorsteinsson. Abada had a good chance to regain the lead early in the second, put through by Solomon, but couldn’t beat Rúnar Rúnarsson. Instead, it was CSKA Moscow’s Hörður Magnússon who dribbled out of Iceland’s half a few minutes later and hit a long through ball for former CSKA team-mate (now on loan at Venezia) Arnór Sigurðsson to rifle home past Marciano.

From there, Iceland settled in, while Israel made changes to chase the game. Iceland weathered the storm until just over 5’ before the end of regulation, when a cross from left back Doron Leidner was headed in by Real Valladolid’s Shon Weissman, a 61’ substitute. The reverse fixture on the 13th was another 2-2 draw, but with Iceland tying Albania on the 6th, Israel can clinch promotion with a home win against Albania next Tuesday.

3rd France 1 – Denmark 2 (League A, Group 1). Norway and the Czech Republic had beaten Serbia and Switzerlandthe previous day, but this was the tournament’s first major upset. With Christian Eriksen back in the fold after his cardiac arrest in last summer’s Euros, Denmark contained France in a restrained first half. In fact, they probably had the best chance of the half right at the start, Andrea Skov Olsen feeding Kasper Dolberg, whose shot across goal was nearly helped in by left wing Joakim Mæhle.

Christopher Nkunku replaced an injured Kylian Mbappé at the start of the second, but France also raised their level as the substitute backheeled a wall pass from Karim Benzema to put the striker into the box for an opening goal early in the half. At the hour mark, Andreas Cornelius replaced Dolberg as part of a triple change, in in less than 10’ he had finished off a lovely ball into the box from Pierre-Emile Højbjerg to bring Denmark level. France tried to strike back, N’Golo Kanté hitting the post from outside the box and Nkunku scuffing his attempt on the rebound with 10’ left in regulation. But as the clock wound down, Mæhle hit a long ball up the flank for Cornelius, and he held off second half substitute William Saliba for a near-post, top-shelf finish past Hugo Lloris to give Denmark the win (after 7’ of injury time).

That put Denmark 2nd behind Austria, who had upset Croatia 3-0, and they would end the four matchdays top of the group two points ahead of Croatia, with a winless France (having tied Austria and tied and lost to Croatia) sitting bottom of Group 1, two points behind Austria. That means that on Thursday, Denmark can secure a spot in the semifinals with a win away at Croatia, while France must defeat Austria to avoid relegation to League B.

5th Czech Republic 2 – Spain 2 (League A, Group 2). Matchday 1 ended with Hungary beating England and going to top of the Group 3 thanks to a tie between Italy and Germany. By comparison, the games from matchday 2 mostly went as expected, with ties in the Croatia – France and Germany – England showdowns and anticipated winners elsewhere, with the possible exception of Norway’s 2-1 win in Sweden—and, of course, this game.

Having already drawn against Portugal, Spain compounded their slow start by conceding a 4’ goal to the newly-promoted Czech Republic, Jordi Alba playing Jan Kuchta on to set up a counter-attacking goal by Jakub Pešek. From there, Spain set about laying siege to a deep-lying Czech side, amassing 73% first half possession. But they weren’t able to equalize until stoppage time goal by Gavi Martín, which came after the Czech Republic had gone down to ten men, hoping to hold off until halftime before replacing left back Jakub Jankto, himself a 24’ replacement for Jaroslav Zelený, injured in an earlier collision with Gavi. The Czech Republic were already without regular starters Patrik Schick and Tomás Holes, as well as squad players Matej Vydra and Antonín Barák.

Back to eleven players after the break, the Czech Republic continued to hold off the favorites as the game began to open up ever so slightly. Shortly after the hour mark, Luis Enrique made a triple change, mostly rested starters; but it was Kutcha, again played in behind, who chipped Unai Simon to put the Czech’s back up at 66’.

Though Spain pressed, the Czech’s luck held until the final minute of regulation, when a cross in from substitute Marco Asensio found the back of Íñigo Martínez’s head (having been spun round in the air by Aleš Matějů) and came down off the underside of the top right corner of the goal and bounced out. VAR, however, confirmed that the ball had crossed the line, and Spain managed to collect a second point—though still 3rd place in the Group 2. But wins against Switzerlandand the Czech Republic on matchdays 3 and 4, combined with Portugal’s unexpected loss to Switzerland in matchday 4, would ironically send them to the top of the group. Assuming both Spain and Portugal take care of business in matchday 5, that should set up a likely winner-take-all showdown next Tuesday, with Spain needing only a tie to advance.

9th Kosovo 3 – Northern Ireland 2 (League C, Group 2). The best game on the first day of matchday 3 was definitely this League C encounter. 2nd place Kosovo was coming off a loss to group leaders, Greece, while Northern Ireland was hoping to bounce back from an embarrassing tie with Cyprus. The game started poorly for Northern Ireland, as a rash tackle by Rangers’ Steven Davis on Norwich City’s (and now Galatasaray’s) Milot Rashica led to a penalty, dispatched by Mallorca’s Vedat Muriqi inside of 10’.

Northern Ireland responded with a flurry of chances, only to concede a second on a counter-attack at 18’, Rashica putting in a long cross for Konyaspor’s Zymer Bytyqi to snap past Bailey Peacock-Farrell, a backup keeper for Burnley.Right at the end of an open first half, Hudderfield Town’s Brodie Spencer delivered a right cross to the far post for Blackpool’s Shayne Lavery, who followed his header into the goal to pull one back before the break. But not long after the restart, Kosovo swept up the right flank in a lovely team play that ended with Lirim Kastrati (of Újpest) crossing for Muriqi to tap in and restore their two-goal lead.

Northern Ireland staid in the game, and at 82’ Sunderland’s Daniel Ballard headed in a free kick taken by substitute Jordan Thompson (of Stoke City) to again pull Northern Ireland within one. 3’ later, they had a chance to equalize when Spencer chased a ball down the left and won it off Kastrati and crossed in for Glentoran’s Colin McMenamin, whose shot was deflected over the bar by defensive substitute, St. Pauli’s Betim Fazliji. Ballard headed the resulting corner narrowly wide, and Kosovo held on for a win that took them within three points of group leaders Greece. Unfortunately for both Kosovo and Greece, matchday 4 would offer up a repeat of matchday 2, as Greece secured promotion with a second win over Kosovo while Northern Ireland posted a 2nd draw against Cyprus to leave both sides tied on two points going into the upcoming rounds.

10th Moldova 2 – Latvia 4 (League D, Group 1). One of two early games on the second day of matchday 3, this was both the best match of the day and also of League D competition overall. At 4’, Latvia gave up a penalty with an Andrejs Cigaņiks foul on Sergiu Plătică that Ion Nicolaescu put away to give Moldova the early lead. But at 19’, a poor pass out by Moldovan keeper Dorian Răilean was intercepted by Vladislavs Gutkovskis who drove into the box and equalized. Just 7’ later, Răilean was again at fault, as his attempt to punch clear a free kick in by Jānis Ikaunieks ended up in the back of his own net.

The game remained that way until the hour mark, when a ball lost at the top of Moldova’s box by striker Roberts Uldriķis deflected fortunately to Cigaņiks on the left of the box. He passed to Gutkovskis at the far post for a tap in to put Latvia two goals ahead. Moldova responded immediately, though, and in less than 5’ second half substitute Nichita Moțpan had headed in a ball into the box by winger Vadim Rață to pull back within one. But at 75’, Latvia restored their two-goal cushion, Ikaunieks hitting a stunning volley back across goal off a deep right cross in from Gutkovskis to secure the win for Latvia.

The win gave Latvia a five point edge of 2nd-place Moldova in Group 1, which means that a tie or win in tomorrow’s reverse fixture (or in matchday 6 away to Andorra) will secure Latvia’s promotion to League C. In Group 2 of League D, Estonia can secure promotion with a win or tie against Malta in one of the early games on Friday. A Malta win by more than one goal, on the other hand, would see them promoted, with scenarios becoming more complicated in the case of a one-goal win. 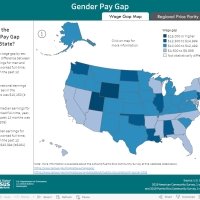 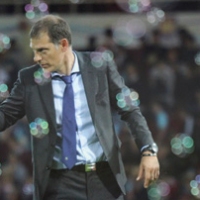 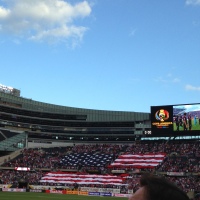 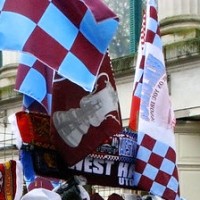 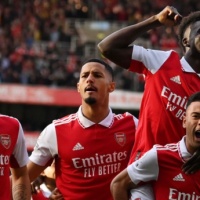