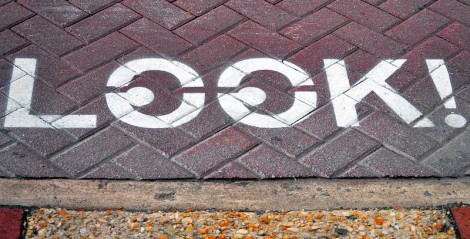 With the international window out of the way, it’s time to get back to the domestic leagues. In case you were worried that you might have time for something other than football, I’ve put together a quick schedule of the best games available at all times for the rest of the month. I’ve highlighted the ten best fixtures for the lazy bones amongst you. You may also noticed that I’ve slipped a few Copa Libertadores and one NWSL match in because they honestly seemed like the best things to watch (and because it seemed appropriate to have an NWSL-WSL point of comparison in the mix). All times are listed Central Daylight Time, so deal with it. OK, I’m off to watch Lens-PSG.  Enjoy.

2:00 PM Paris Saint-Germain – Olympique de Marseille. After the final game of the Premier League’s opening weekend concludes, flip over to Bein Sports (or whatever live stream you can find) to watch the top two teams from Ligue 1 face off. It should be an interesting one given PSG’s outbreak of COVID. They will certainly be missing Kylian Mbappé, who didn’t test positive until this week; and may also be missing some or all of the six other starters (Neymar, Ángel Di María, Mario Icardi, Leandro Parades, Marquinhos, and Keylor Navas) who have already tested positive after their return from a joint party trip to Ibiza. Manager Thomas Tuchel will have his work cut out for him against an Andre Villas-Boas side who will be eager to prove that their second place finish was not simply down to President (and supporter) Emmanuel Macron’s favorable decision to end the season early.

11:30 AM Borussia Dortmund – Borussia Mönchengladbach. ESPN is actually broadcasting the Friday night kick-off of the Bundesliga this year, but the best game of the opening weekend will probably be this battle between 2nd and 4th place (available through ESPN+, a pretty legitimate value now that ESPN holds–which largely means withholds from their cable networks–both Serie A and the Bundesliga in their sporting empire). Dortmund is among the most exciting sides in Europe, with Erling Håland  ready to begin his first full season with the club; while Marco Rose’s attacking Gladbach side will be looking to go improve after falling away from the title race in the second half of last season.

2:00 PM Stade Rennais – AS Monaco. Rennes were the surprise package of Ligue 1, finishing third in the shortened season and featuring teen phenomenon Eduardo Camavinga, fresh off his international debut with France earlier this week, as their youthful midfield general. For their part, Monaco have started the new season brightly under new manager Niko Kovač, who is looking to repair his reputation following an embarrassing spell Bayern Munich. This should be a lively and entertaining game, and one that will definitely help secure your football-hipster credentials.

10:30 AM Chelsea – Liverpool. Who doesn’t want to see Chelsea’s new look attack, featuring Timo Werner, Hakim Ziyech, Kai Havertz–and, one hopes, still a bit of room for American Christian Pulisic? For their part, Liverpool will be hoping for a strong start following their end-of-the-season dip. This will be the first real challenge for both Jürgen Klopp and Frank Lampard following a relatively soft opening weekend for both sides. More importantly, this should be a high-scoring pleasure for neutrals.

2:00 PM Real Sociedad – Real Madrid. While there’s not much to grab the casual viewer in La Liga’s incomplete opening round of fixtures, this conclusion to the second weekend of matches should be on everyone’s card. Real Madrid were one of the most impressive teams during the restart (despite exiting the Champions League) and will be looking to carry that momentum into the new season. In order to do so, they have recalled Martin Ødegard, one of La Liga’s most impressive creative midfielders last season–from Real Sociedad. Though Sociedad struggled greatly after the restart, they were one of the most exciting teams for much of last season and still have plenty of attacking talent in their squad. If the game turns in to a rout, you can always switch over to Marseille – Lille, Juventus – Sampdoria (which starts at 1:45 PM), or Portland Thorns – Utah Royals in the NWSL.

2:00 PM Wolverhampton Wanderers – Manchester City. Wolves did the double on Pep Guardiola’s City last season in a pair of magnificent games. There’s every reason to believe this will be yet another installment in one of the more consistently entertaining Premier League fixtures of recent seasons. Both sides are more tweaked than transformed thus far in the transfer market, but they should prove great entertainment value regardless.

Thursday, 24th – 2:00 PM Bayern Munich – Sevilla (UEFA Super Cup). While this may be a glorified friendly, it features two of the more exciting sides in world football at the moment. If you want to see how well Bayern can keep up their momentum from last season, this is probably the best game to judge by, friendly or no.

NOTE: Things get slightly more complicated at this point, as La Liga has not yet set the times for their week 2 fixtures. I will update as those times become fixed.

Sunday, 27th – TBD Barcelona – Villarreal. This will be Barcelona’s first competitive fixture since their 8-2 elimination from the Champions League at the hands of Bayern Munich, followed by Lionel Messi’s “departure” and return. It’s honestly anyone’s guess how Ronald Koeman’s new-look Barcelona will fare, but Villarreal will be an interesting first test. Brand new manager Unai Emery has plenty of work to do following the departure-cum-retirement of Santi Cazorla, one of the best midfielders in La Liga last season and the heart of the yellow submarine. No matter where this game ends up in the weekend’s fixture list, it should take precedence.

Monday, 28th – 2:00 PM Liverpool – Arsenal. Arsenal’s late-season win against Liverpool laid the groundwork for their FA Cup-winning campaign, the first game in which Mikel Arteta deployed the tactical blueprint that helped his side to beat Manchester City and Chelsea to secure the first silverware of his managerial reign. They beat Liverpool again–admitedly, on penalties–to secure his second in the Community Shield. Jürgen Klopp’s men will be eager to reverse this trend, lest Arteta’s Arsenal become something of a bogey-man for the title-holders.

Wednesday, 30th – TBD Lazio – Atalanta. It’s difficult to imagine a better way to end the month than with this clash between the two most exciting teams in Serie A last season. They combined for 13 goals in three meetings, and Atalanta–who made it to the quarterfinals of of the Champions League less than a month ago–were the highest scoring team in Europe. Definitely worth the ESPN+ subscription–which you will need, as Disney will never put a game that’s this high profile outside their paywall (in the “free” viewing provided by your $200 cable bill). 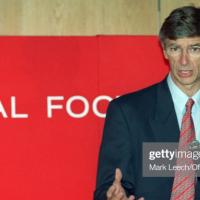