Jacob Steinberg must have had an inkling.  On Twitter, he described Friday’s Joy of Six article on great Spurs-Hammers tilts  (written with Paul Doyle) as “very indulgent,” but it turned out nothing could have been more appropriate.  West Ham’s 3-0 away win to their much-fancied rivals was one of the weekend’s main talking points, particularly for their unexpected “strikerless” formation that took Tottenham–and the rest of us–by surprise.

The last time a “strikerless” formation got this much attention, you may remember, was Spain’s Euro-winning side, dubbed by many a 4-6-0 despite clearly playing in a 4-3-3 with Cesc Fabregas in the false No. 9 role that Messi so often plays for Barcelona (for more on this issue, see my account of Euro 2012).  The  comparison is tempting–and one can’t help but wonder if Allardyce wasn’t attracted to courting the comparison–but ultimately misleading.  That Spain side operated by dominating possession, while West Ham attempted fewer passes than any other Premier League team this weekend.  John Ray, in the best analysis I have read of the game, credits not Vicente del  Bosque, but Rubin Kazan and Craig Levein as Big Sam’s inspirations (though Barcelona does play a part in his story).  While both formations involved bold tactical vision, the purposes were clearly different.

Despite the general agreement about it’s strikerless nature, descriptions of West Ham’s formation have varied substantially.  Miguel Delaney (writing for ESPN FC) described the formation as a “a withdrawn 4-4-2 that didn’t actually feature any true strikers,” and that’s the way FourFourTwo has drawn it up on their Statszone player stats page for the game, with Vaz Te and Nolan the nominal strikers.  Delaney, though, described Ravel Morrison (rather than Vaz Te or Nolan) as a false No. 9, while Jenny Leigh’s article for Here is the City cast Mohamed Diamé in that role.  Personally, I read the formation as a 4-3-3 with Morrison nominally up top (which matches with Ray’s account of West Ham’s defensive structure, shown below).

But more important than settling on the “right” formation is to recognize the fluidity that was creating this confusion.  Morrison, Diamé, Vaz Te, and Nolan all saw time up top, as players freely interchanged roles in the midfield and attack.  As Ray notes, “What constantly took Spurs by surprise . . . was the almost random use of . . . 4 man units and the areas that they would come from. It was not an uncommon sight to see a fullback, a winger, and two midfielders forward. The fluidity undid Spurs on the break as the defenders genuinely looked like they had been hit by a train.”

Luke Moore of The Football Ramble has raised questions about the general credit accorded to Allardyce for the win, suggesting that the formation was primarily a defensive one, and that the goals in the game were less a result of Big Sam’s plan than of the vagaries of chance and one moment of individual brilliance (he has also, rightly, noted that Tottenham had chances in the first half, though here it seems fairer to note that West Ham did too, and that Allardyce’s game plan probably had a lot to do with the equity of chances between such unequal sides, both in talent and finances).  But Allardyce, in a post-match interview Moore fairly characterizes as smug, points out his plan was not only to unsettle Tottenham’s center backs (having no one to mark), but also to take advantage of their perpetually high line by sending runners unpredictably forward from all over the pitch.

In other words, the formation had both defensive and offensive elements, and the tactical attention to Spurs’ high line seems entirely relevant in a game that saw two goals scored on individual breakaways.  It’s also the case that a coach renown for his focus on set pieces probably deserves some credit when a game’s opening goal is scored on one, even when accompanied by a bit of graceless bungling.

On the flip side, it’s worth considering how much the game revealed Andre Villas-Boas’s weaknesses as a manager.  For all his strengths, AVB’s most-discussed flaw is an apparent inability to make effective reactive in-game substitutions.  Certainly, the changes he made in this game came too late, though commentator Ray Houghton did note that Paulinho was pushing up much more aggressively into the Spurs attack at the start of the second half, causing considerable problems for West Ham in part because he was rarely being picked up.  It’s difficult to know whether that was a tactical revision or simply a return to an original game plan that had fallen by the wayside given the Hammers’ unexpected start.  On the whole, Andre Villas-Boas’s commitment to a singular vision may ultimately prove a limiting factor in his success–consider, by comparison, Brendan Rodgers’s willingness to experiment with different formations despite a similar commitment to possession-based football.

Since his arrival, this is what Allardyce has given West Ham fans: two years ago, promotion from the always-competitive Championship at the first asking; last year, our first win against Chelsea since Paolo DiCanio was at the club; and this year, our first win at White Hart Lane since the 98-99 season.  Winning isn’t everything, to be sure.  But winning against Chelsea and Spurs, for the time being, is quite enough.  Something to enjoy until Big Sam gets his call up to Barcelona. 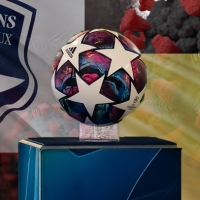